Session 22: Have you seen the face of god?

Session 22: Have you seen the face of god? 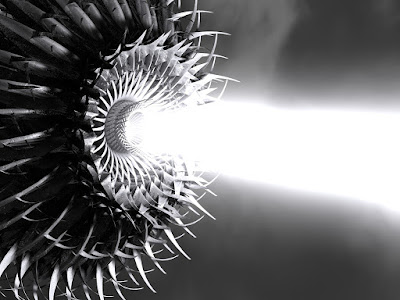 Events:
- Picking up with the remains of a paradox angel on the ground in front of them, the party continues through to the next room, this one very similar to the last but half full of dirt (50 xp)
- After fiddling around with the runes in the room a bit, the party manages to clear out the dirt for a bit and continue down the corridor. (50 xp)
- The room beyond contained a bunch of wizard robes and hats on drying racks, and a cupboard in the middle of the room. (50 xp)
- Key opens the cupboard, and almost dies to yellow mold spores (50 xp)
- Baral drags him out and ignites the mold, incinerating the room. The party continues past it around a corner. (50 xp)
- Baral's amulet detects a secret door behind a wizard statue, and behind it is a spellbook on a pedestal (50 xp)
- Further down the path, the party finds a bridge across a rushing stream. There's not much else in there. (50 xp)
- They then go further south, and discover a room that has been dug through by some strange tunnel. In the room is half a lich, readying a spell and surrounded by skeleton guards. (50 xp)
- The party has a tense fight with the lich, continually managing to interrupt his spellcasting but triggering spell collapses. (50 xp)
- Suddenly, halfway through the fight, 4 paradox angels pop into existence after the party. The lich readies a cone of cold at them. (50 xp)
- A few things then happen (50 xp)
- Rowan charges the lich, causing his spell to release too early (50 xp)
- The spell collapses, targeting every creature in the room (50 xp)
- Baral is the only one left standing after the blast, faced by the four badly injured angels. Rowan is on the ground, but still breathing. (50 xp)
- Baral takes down the angels, as they struggle to get past his fireproof cloak. (50 xp)
- Baral and Rowan take some time to recover and search the dead bodies, but then the lich rises up again having absorbed the energy of the dead. He begins casting another spell. (50 xp)
- The remaining party members fight him off, but just before they slay the lich, he teleports away (50 xp)
- The three new characters came out from one of the tunnels, having been digging up from the veins of the earth (50 xp)
- Meanwhile, Baral fiddles with the strange disc dropped by a paradox angel, and becomes enlightened by the truths of the universe. As his eyes glaze over, his magical armor vanishes, and he takes a tear of time to reverse his actions. (50 xp)

Death Toll and Injuries:
- Fulgrenth, Key, and Rat all were horribly obliterated in a barrage of cones of cold.
- Rowan has severe third degree burns and cannot heal past 0 hp unless she gets medical attention